For about the last year and a half, I have been affectionately called Mr. Moonshot among my peers and colleagues.  Thanks everyone, you’re too kind! Naturally, at Citrix Summit when one of the big keynote announcements on WorkspacePod surfaced, I started getting a lot of questions. I’m no expert on DataON, so I can’t comment on that particular piece. For all I knew, DataON was a commodity/whitebox storage company, and have never even really looked into their Cluster-in-a-Box (CiB) product family. Who knew! Enough about DataON, that’s not the focus of this blog post. Let’s dive into the HP Moonshot solution.

The genesis of Citrix WorkspacePod originated with Citrix’s acquisition of a company called Solid Instance along with the founder and CEO Tyrone Pike. I’ve already gave away the big secret, Citrix WorkspacePod is all about bundling, but what exactly is included? Putting marketing buzz words like “ultra-converged infrastructure” aside, there are some really unique elements to look at here. From my perspective, Citrix WorkspacePod powered by HP Moonshot is a synergy of following components:

Many of the elements of the WorkspacePod have been around for a couple months and even years, but it’s the bundling and field emphasis that will make or break this solution as a whole. Particularly, and in my opinion the most important element released in October, the HP Moonshot ProLiant m710 Server Cartridge. See quickspecs for the m710 here and Tony Sanchez’s deep XenApp testing here, including Login VSI results. 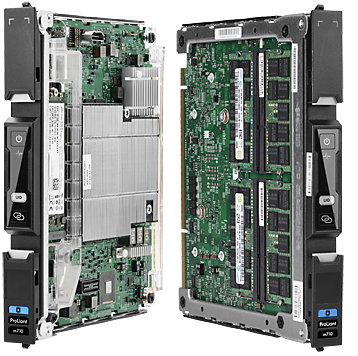 Right away from the quickspecs we can see that the m710 has the following characteristics:

Unlike their AMD based predecessor before (ProLiant m700 Cartridge), this Intel cartridge is intended for Windows Server. That means, it’s a perfect target for XenApp, either physically managed or streamed using Citrix Provisioning Services. Or, in a peculiar use case, Hyper-V as I’ll cover more later.

I’ve covered the Moonshot 1500 Chassis characteristics in great detail in presentations and blog posts, but to summarize again, the chassis will hold up to 45 of these bad boy m710 cartridges. 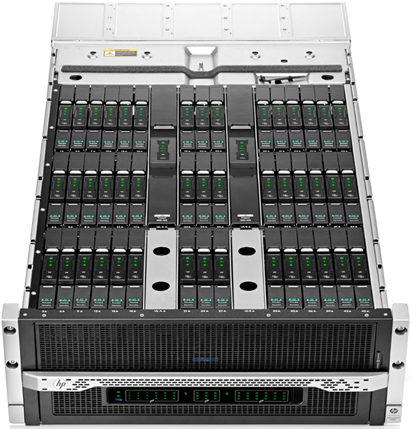 Chassis network bandwidth is pretty substantial for m710 with dual 45 port 10GbE internal switches and dual uplink switches w/4x 40GbE QSFP+ ports each. So, that’s enough for the Moonshot m710 piece, what else does the Citrix WorkspacePod include?

First of all, coolest name ever! 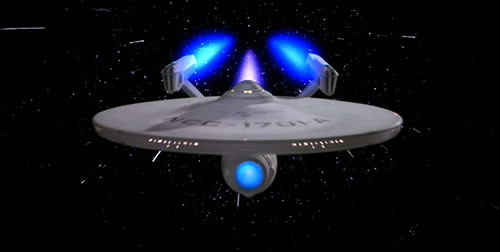 The secret sauce that holds all this together, and the key ingredient perhaps even the reason for picking up Server-SAN vendor Sanbolic is the new WARP Drive technology. Below is a graphic of how the technology works: 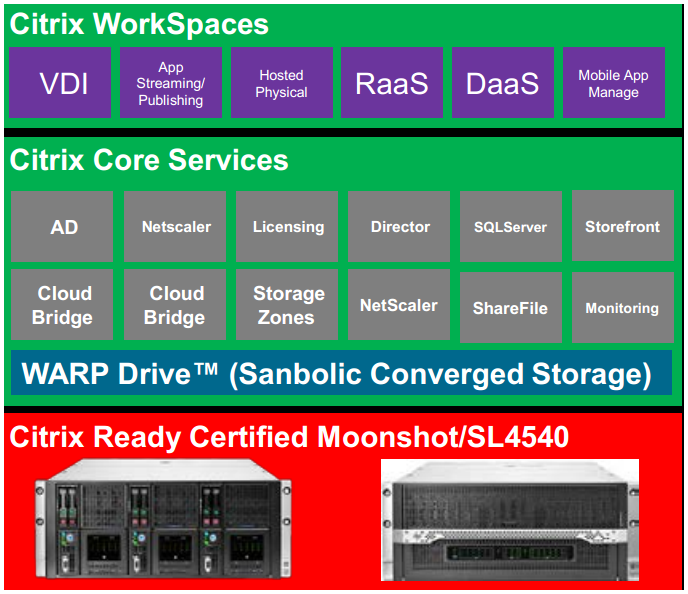 Effectively the SL4540 servers will be running Hyper-V with Sanbolic Converged Storage and creating a Server-SAN for storing all of the infrastructure services. Hence, why you don’t see a StoreVirtual (LeftHand) or StoreServ (3PAR) SAN! You can see in this graphic that not only are the Citrix pieces covered, but things like AD, SQL, etc. are also shown as well. For smaller organizations with lighter supporting infrastructure requirements, it’s safe to say that WorkspacePod can effectively be a datacenter-in-a-box solution. Not just addressing the Citrix compute needs, but if the environment’s small enough, there’s no need for standalone servers, SANs, or any other virtualization infrastructure.  Pretty cool, thanks for that Citrix and HP.

Before I wrap up, let me dive into the elements of the keynote and this solution that I’m not particularly fond of. During the keynote the following sizing numbers were shared for users supported on a single Pod:

In my humble opinion, those three letters and this solution don’t belong in the same sentence. Not yet. Here’s why…Remember how I briefly mentioned Hyper-V earlier in this post? Yep, you guessed it! They’re running Hyper-V on the m710s for the VDI workloads. Yuck. Not a fan. With the m710 cartridges being fairly light on resources compared to any other rack or blade industry standard server (8c 32GB RAM), putting Hyper-V on these cartridges just seems wrong. Seems to defeat the whole point of the Moonshot microserver architecture and messaging (simplified architecture, removing layers from the desktop virtualization cake, etc.). That’s more of a philosophical debate, here’s the real reason why I believe this is a bad idea at this time.

Tony Sanchez did a fairly good job talking about the Iris Pro graphics element of the Moonshot m710 cartridge in his blog post. GPU utilization was only around 30% with 42 users! As I’ve argued and highlighted in the past, 3 to 5 years from now we won’t be making an argument to have GPU in servers in the datacenter for desktop virtualization. The only argument will be why wouldn’t you put GPU in a solution. Frankly, I don’t discriminate and I don’t care to. There are advantages and disadvantages within the Citrix protocol and API solution stack, particularly with NVIDIA at the moment. But, whether it’s AMD in the case of the m700 cartridge (or FirePro), or Intel (Iris Pro and others), or NVIDIA, GPU needs to be there! Windows 10 and the rich applications coming in the next 3 to 5 years are simply going to compound this challenge. If GPU is not in your solution, your users will likely revolt as they’ve done in the past (or present) when storage performance or capacity was improperly sized.

So why not VDI? Because at this time the Moonshot m710 cartridge, that will be used for the user workloads (XenApp, XenDesktop, Server Based Computing, Virtual Desktop Infrastructure, etc.) has Iris Pro graphics. More importantly it’s only certified to run Windows Server. Windows Server with XenApp does a fine job of leveraging the GPU (30% utilization with 42 users!). But Hyper-V VDI at this time can only leverage the GPU if you’re using RemoteFX w/vGPU. Don’t confuse RFX vGPU with NVIDIA, this only works with RDP/RFX as the protocol! So much for your ICA/HDX goodness.

But what about XenServer? Well, in addition to the cartridges not being qualified to run XenServer, the product team is still hard at work to make Intel GVT a reality in XenServer as has been done in Xen. Read more here. Until this happens, the Iris Pro GPU element, perhaps the unsung hero of the m710 solution, will be lost if you use VDI. That’s why my advise, if you need VDI due to app compat or any other reason, use the Moonshot m700 (ConvergedSystem 100) for HDI, rack mount or blades with NVIDIA GRID K1/K2 cards and vGPU. Tried, true, proven.

All told, I’m actually incredibly impressed with what HP and Citrix have done in a very short period of time to bring WorkspacePod to market. Thanks to the folks at Solid Instance no doubt! In fact, to a certain degree I think the HP ConvergedSystem and Marketing teams are somewhat missing the boat as it relates to XenApp on Moonshot (and what m710 means to the industry). Citrix has done an awesome job highlighting this, but the HP team has been too focused on ConvergedSystem 100 and the Hosted Desktop Infrastructure story that the unsung hero, XenApp continues to be lost in the noise. Hopefully WorkspacePod and highlighting the m710 will finally change this! Pretty fascinating if you ask me, considering the number one question for prospects on Moonshot is always price.

Speaking of price…Going off published list pricing at release, Moonshot m700 with XenDesktop and HDI was typically at the $800/user range for hardware (discounts available based on quantity purchased of course). XenApp on Moonshot is actually fairly easy to target in the $200/user range for hardware (again discounts available based on quantity purchased). Sounds like a no brainer, right? Not to mention 1 watt per user!

I’m hopeful that between Citrix and HP the pricing on the WorkspacePod stays competitive and gains a lot of interest as the Citrix field team becomes incentivized to promote this solution. HP and Citrix working together toward a common end goal? Pretty awesome if you ask me!

If you liked to read more about the solution that I’ve discussed in this article, please click the PDF below: 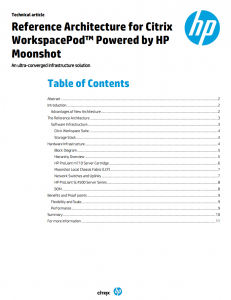 As always, if you have any comments, questions or just want to leave feedback, feel free to use the comments section below!  If you’d like to talk with me in more detail about the Citrix WorkspacePod solution or HP Moonshot, feel free to e-mail me at dane @ itvce.com.