Welcome to the final section of this blog series! Here you will find information that will make the deployment of additional Linux VDAs much quicker and simpler (at least until PVS/MCS is–hopefully–supported!). If you have not already read through Part 1, I highly encourage you to do so by selecting the link below.

As I mentioned in the Installing and Configuring the Linux VDA section, the Linux VM can be cloned and redeployed. During deployment, between VMware’s OS Customization Specifications and the Active Directory + XenDesktop Bash scripts, the deployment process for new Linux VDAs can be done quite quickly (though not as fast as MCS or the wizards available through PVS).

If anyone has any suggestions on how to make the process even more streamlined, please let me know in the comments section below.

Begin by cloning the Linux VM just after installing the Linux VDA rpm. From the vSphere Web Client, right click on the Linux VM and select Clone to Virtual Machine. (You can clone to template as well if you desire to continually spin off new Linux VDAs). 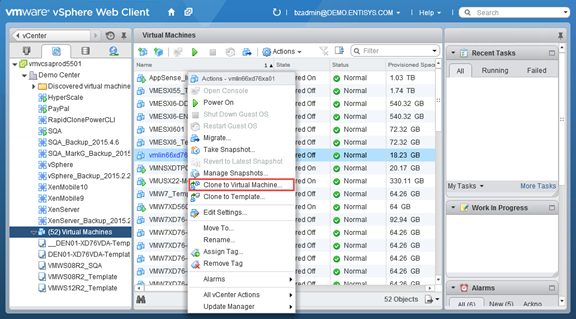 Provide a name and location for this new virtual machine and click Next. 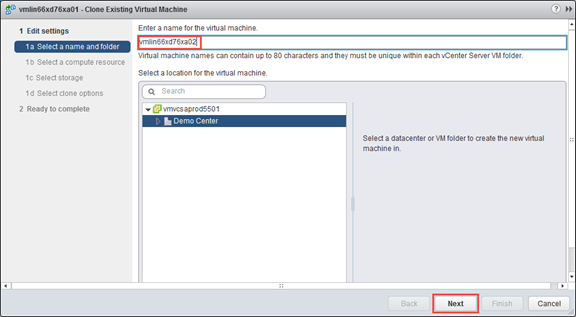 Select the vSphere cluster or host it will be deployed to and click Next. 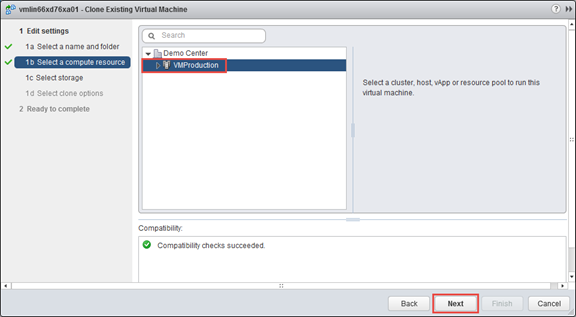 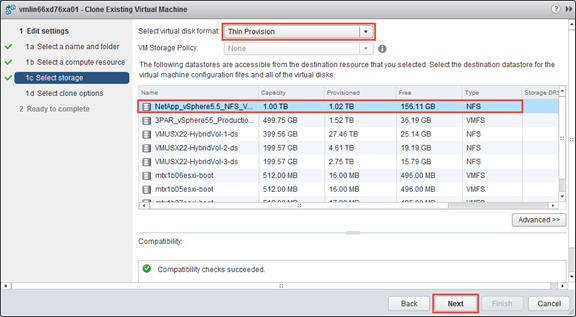 Next we will select Customize the operating system. We will then save the Customization Spec so it can be used later. 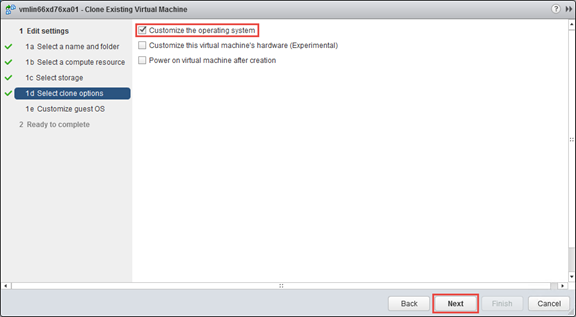 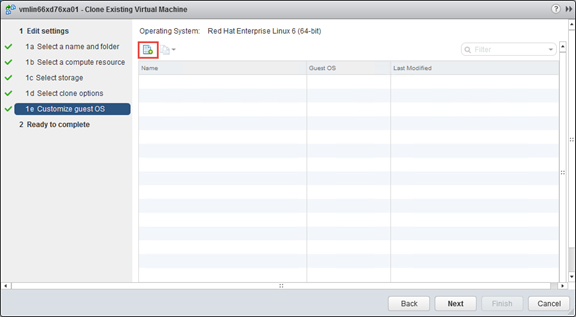 Since this is not a Windows Machine, we will not be able to add the deployed VM to the Windows Domain automatically. However, the Customization Spec will provide a hostname based on the VM name and we have a script that makes the domain join process quick and painless.

Provide the Customization Spec Name and Description, then click Next. 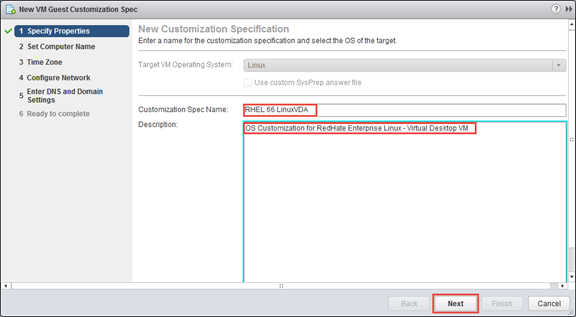 Here we’ll select to Use the virtual machine name. Provide the Domain Name and click Next.

Note: the Domain Name is required, but does not join the Linux OS to the Windows Domain. 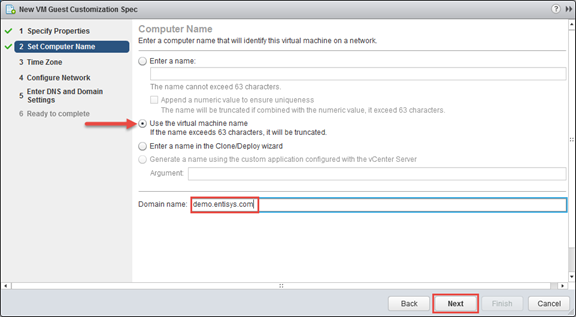 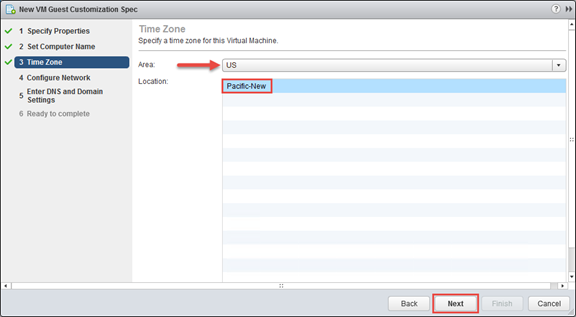 I have opted to use DHCP for my Linux VDAs, though you can set additional options such as Prompt the user for an address or Use the following IP settings. 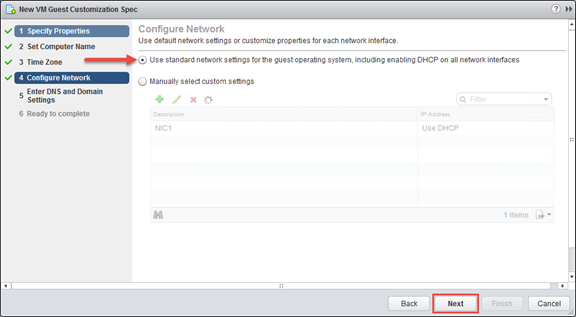 Set the Primary and Secondary (and Tertiary) DNS servers, then click Finish. 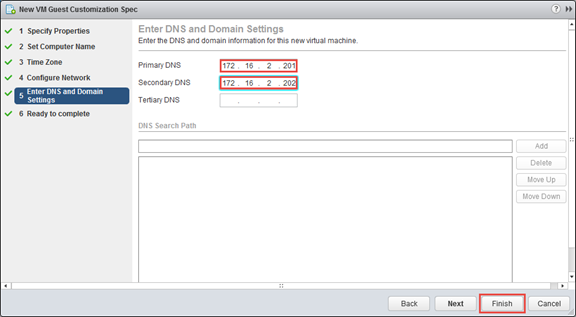 Now that the Customization Spec is complete, you will be returned to the Clone VM wizard. Click Next to continue with the clone operation. 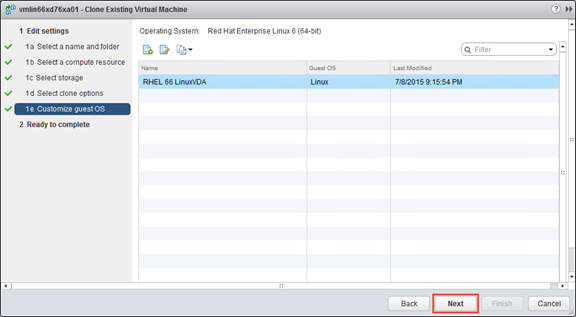 Click Finish and wait for the new Linux VM to deploy. 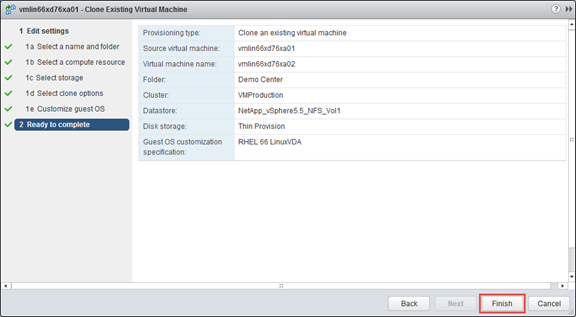 Once the Linux VM is booted, all you should have to do is run two scripts. The first will be an Active Directory Domain Join script, and the second will be the XenDesktop VDA Configuration script in Section Installing and Configuring the Linux XenDesktop VDA.

Below are the contents of the Domain Join script. Be sure to provide your environments short domain and fully qualified domain name as required. Using the –U switch with the net ads join command, provide a user that has domain join privileges in Active Directory.

I hardly dare to even mention it, but this is where you could provide the password as well, if you want to include the capability to have the script run on VM startup. Since I’m a firm believer in leaving domain account passwords in plain text, I will leave the task of turning this script into a startup script an exercise to the user. 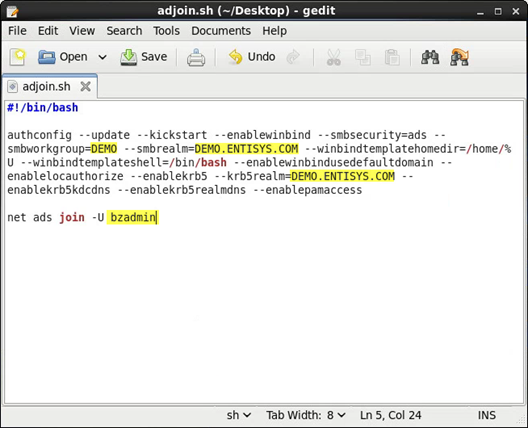 Save the script and remember to run chmod +x <scriptname> to allow the file to be executed. 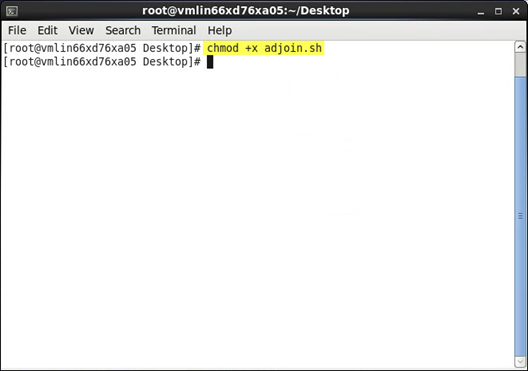 Run the script and provide the domain user’s password. Like magic, you will be connected to the domain! 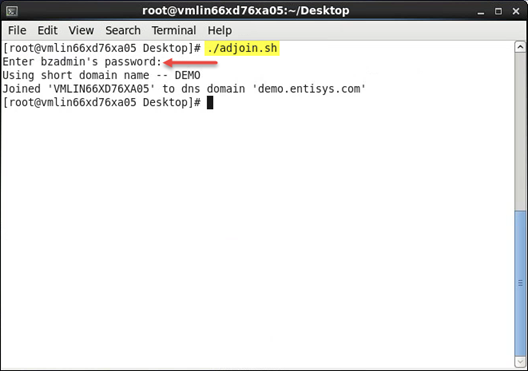 Now that the Linux System has been joined to the domain, simply run your XenDesktop Configuration Script.

As a reminder, here is the script shown below: 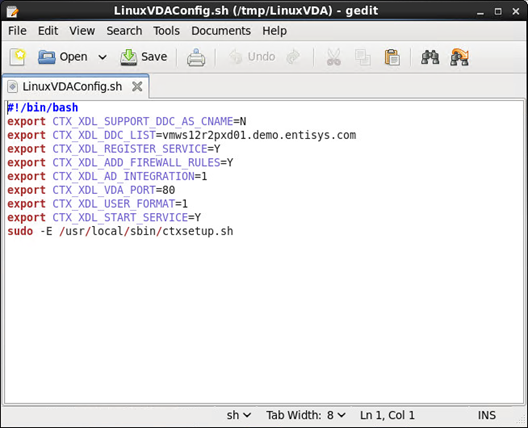 That takes care of all required configuration on the Linux OS and all that needs to be done is add the VM to a Catalog, then Delivery Group. Repeat as often as necessary and to streamline it further, try scripting the clone and Catalog add processes!

You may be led to believe from the number of steps above that the process of deploying the Linux VDA is cumbersome and complex. Based on my experience this isn’t the case. There may have been a few “gotchas” along the way but not only was the original Linux VDA relatively simple to deploy, but once I had an image and scripts setup, the subsequent VDAs came online within minutes. Nonetheless, quick provisioning is not the same as image management, so if your Linux user environment would require frequent application installs, OS updates or changes, the Linux VDA will occupy a significant amount of your time.

With any luck, we will see support for PVS or MCS as well as the ability to configure dedicated Linux VDAs. Add in support for HDX 3D Pro, and I see no reason why Linux shops wouldn’t jump at the opportunity to create a full scale Citrix Linux Desktop environment.

To review a previous section, select one of the links below.

As always, if you wish to leave any questions, comments, or feedback, feel free to do so below. Thanks!